Starcraft II gamers are sure to enjoy this custom Starcraft II arcade stick created by Mauricio Romano, which has been designed by blending RTS and Fighter controls together into one controller.

The Starcraft II custom controller pictured below is the winning entry in the SRK cross-over contest to design and build the ultimate Starcraft II arcade stick. 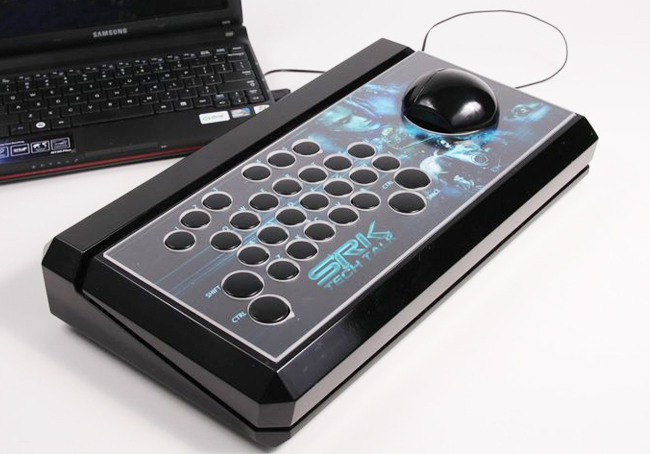 The dome on the righthand side of the Starcraft II controller is a two button mouse which has been built using an Ultrastik analog joystick, that has then been configured as an absolute pointing device.

The gamers keyboard has been replaced by a suite of Sanwa buttons which are normally found on fighting game joysticks, which the larger buttons representing the CTRL, SHIFT, and Space keys of a keyboard.

Check out the ultimate Starcraft II controller in action in the video below. For more information jump over to the SRK website for details. 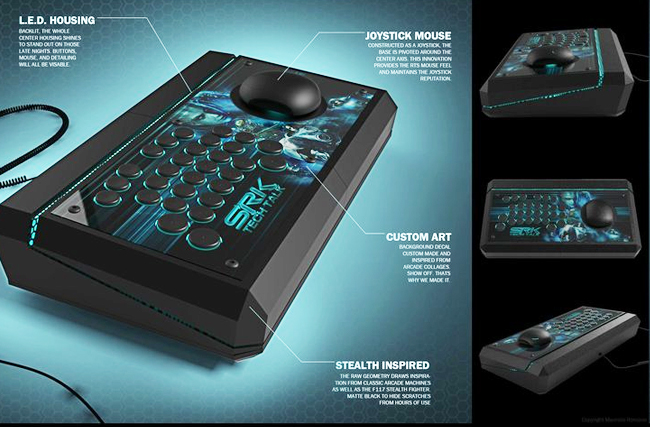