A total of three wire bridges were erected along a new road in South Wales for the local rodent population. The decision was made by the leaders of Rhondda Cynon Taf County Borough Council to protect the dormouse from vehicle traffic once a new bypass is completed. 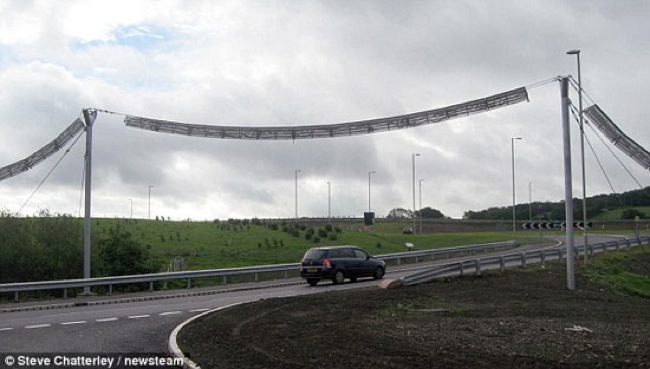 The creatures at the center of this controversy are incredibly cute fur balls susceptible to berries and getting run over by cars. To save their supposedly dwindling numbers–or the possibility that dormice numbers would dwindle once they start getting run over en masse–three specially designed bridges made of wire mesh and cable have been put up.

The bridges will allow the creatures to safely cross the perilous road and reach a safer habitat.

Having enumerated the facts, it comes as no surprise that the construction has struck a raw nerve on residents who have bridled at the expense. A resident who lives near the bypass where the bridges are didn’t bother mincing her words. “I find it absurd that they have spent such an obscene amount of cash on this,” she said.

Another added, “Everyone talks about living greener, but when we finally are, people moan.”We won’t bother putting our two cents in, but we will admit this takes eco-sensitivity a bit too far.

Personally, why would anyone think that mice will use the bridge over the easier method of just crossing the road?