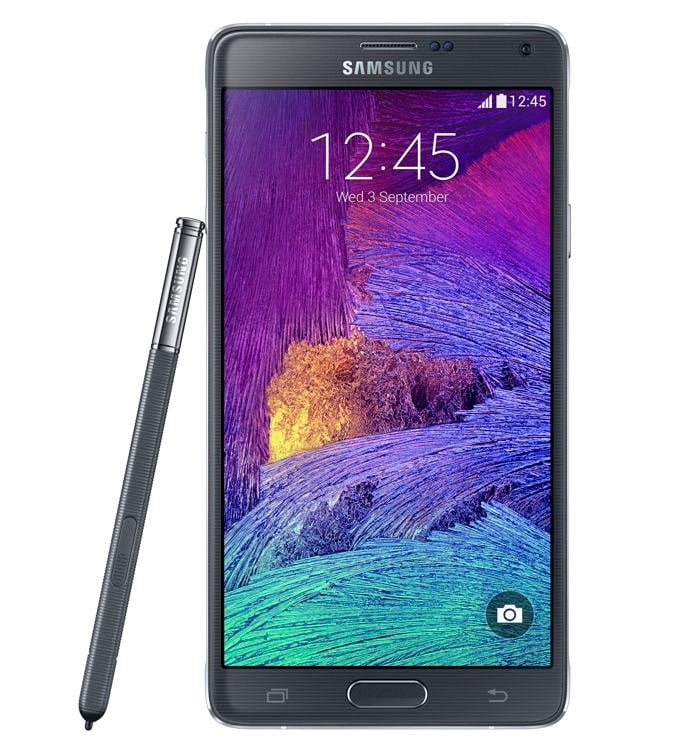 Samsung has announced that their new Samsung Galaxy Note 4 will launch in the UK on Friday the 10th of October, and pre-orders for the device will start tomorrow, the 19th of September.

Samsung will start taking pre-orders of the Galaxy Note 4 at their Samsung Experience stores in the UK from tomorrow, there doesn’t appear to be any pricing details as yet, we should have more information tomorrow.

The new Samsung Galaxy Note 4 comes with some impressive specifications, which include a 5.7 inch QHD display that has a resolution of 2560 x 1440 pixels.

Processing is provided by Qualcomm’s latest high end mobile processor, a quad core 2.7GHz Snapdragon 805, the handset also comes with 3GB of RAM and a choice of two storage options, which include 32GB or 64GB of built in storage.

Samsung has also updated the cameras on the Samsung Galaxy Note 4, the device features a 16 megapixel rear camera with a range of advanced features, the front facing camera is a 3.7 megapixel model.

As with previous Phablets from Samsung, the Galaxy Note 4 comes with Samsung’s S-Pen, the device also comes with Bluetooth, WiFi, Cat 4 4G LTE, and Android 4.4 KitKat.

The handset should also be available to pre-order from a range of mobile carriers, as soon as we get some more information, we will let you guys know.