Ubuntu tablet OS has been created to provide tablet users with unique multitasking productivity and effortless navigation says Canonical. The Ubuntu tablet interface is capable of supporting screen sizes from 6″ right up to a massive 20″ and resolutions from 100 to 450 PPI. 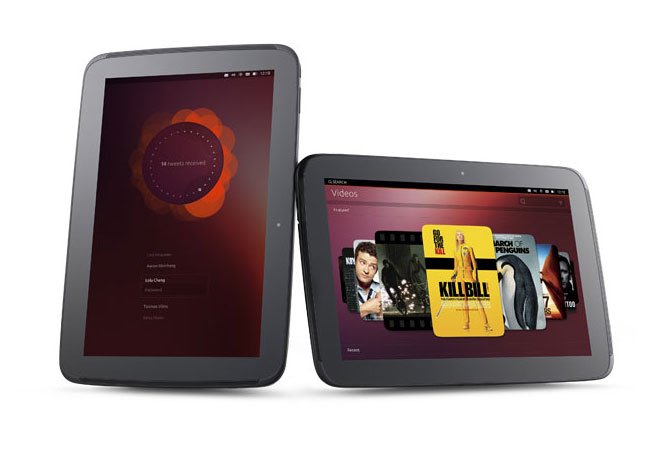 Hardware that can be used with the new Ubuntu tablet operating system, has a minimum requirements of a Dual-core Cortex A15, or at the other higher end of the scale a Quad-core A15 or Intel x86.

The new Ubuntu tablet OS can be differentiated with partner branding, content, services and apps and has been specifically designed with operator and OEM customisation in mind. Watch the promotional video below to learn more about the Ubuntu Tablet OS and see it in action. Canonical explains:

“Our unique interface design scales from the phone to the tablet, and works equally well on pocketable consumer-oriented tablets from 7″ up, and full-blown media or enterprise tablets with screens from 10″ to 20″ and high definition resolution. And since there are no physical buttons needed beyond the power switch, you have more flexibility for incredible device design with Ubuntu than any other platform today.”