The front page of Canconical website is currently counting down to an announcement that will take place today at 4pm GMT or 11am ET, which could see the announcement of a new Ubuntu Tablet OS tablet operating system from the company. 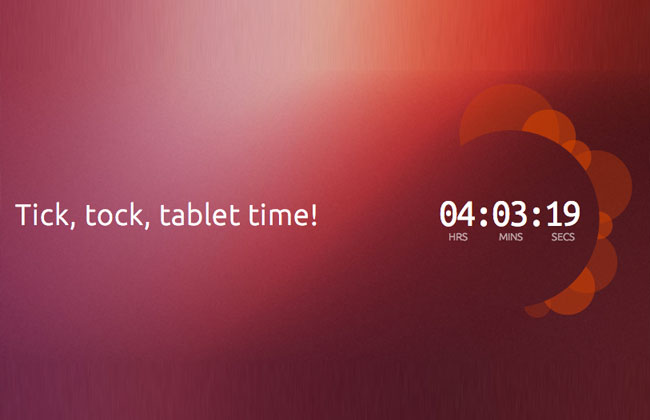 The timing of todays announcement is also just days before the source code for Canonicals new Ubuntu Phone OS will be released alongside installable images for the Samsung Galaxy Nexus and LG Nexus 4,and could even be tying in with the HTC tablet announcement today.

So the new Ubuntu Tablet OS announcement could be along similar lines, showing that the new Ubuntu Phone OS currently in development for smartphones might also be available soon for tablet devices. As soon as more information becomes available from todays announcement we will keep you posted as always.