To provide users with a method of interacting with the projection, by pointing, swiping and tapping on the projected image. Anup Chathoth, of the Munich-based startup Ubi Interactive, explains a little more about their new system. 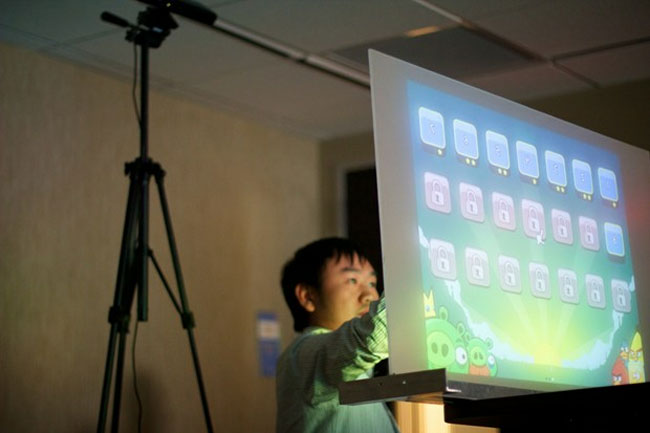 “It’s all Windows touch-based gestures,”-“We wanted to start with an experience everyone knows, but we can open up our API for 3D gestures. It knows exactly how far your fingertip is from the surface — when you actually touch it, that’s a click; when you’re not touching, it becomes a hovering motion.”

Once officially launched its expected that the software would cost around $500 or £320 per license. But Ubi Interactive says they can also offer companies richer 3D applications that require custom gestures and software APIs if required.

More information about the system can be found over on the Wired website, who were able to interview the Ubi Interactive Team first hand.