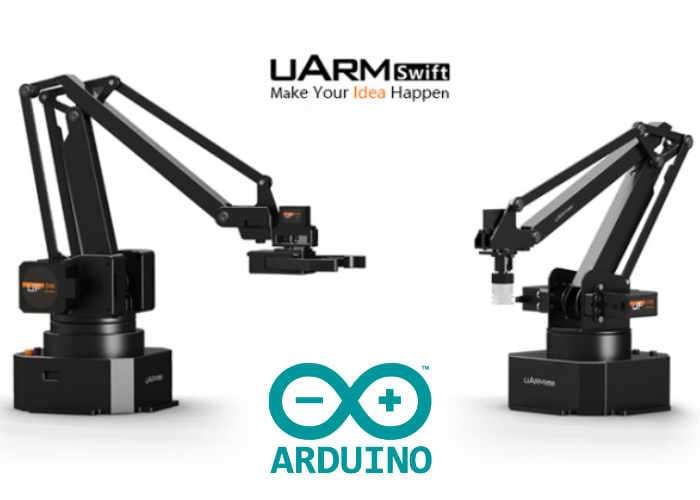 Anyone who has wanted their very own robotic arm which can also double as a personal assistant, just like Tony Starks in the Iron Man movies. May be interested in a new open source robotic arm called the uArm Swift which has this week launched by Indiegogo and has already raised over $59,000 thanks to over 143 backers.

The uArm Swift is capable of pick&place, 3D printing, laser engraving, writing, painting and more. It is not only a robotic arm that you can own, but also a chance to decide how you want to involve robot technology in your life.  Simply plug, press and play. “Teach”uArm Swift (Pro) with your hand, without a computer. It’s  the all-in-one software to control uArm. uArm Play is a mobile app for remote control. With built-in Bluetooth module, uArm Swift (Pro) is ready to go.

For more information and full specifications jump over to the Indiegogo crowdfunding website where pledges are available from $209 for earlybird packages offering a massive 51% reduction of the recommended retail price of $426, and shipping expected to take place during May 2017.