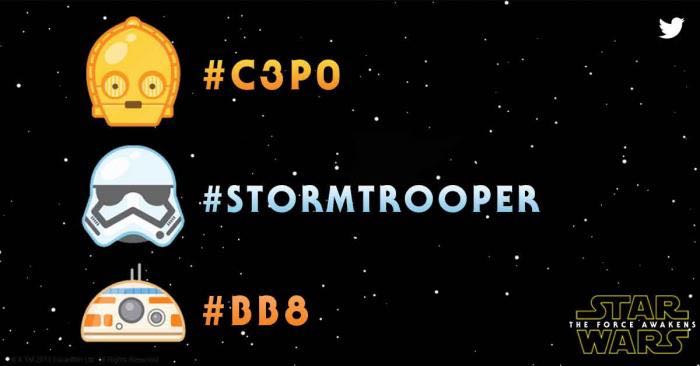 As well as the Star Wars The Force Awakens trailer and the R2-D2 themed airplane, we have some more new for fans of the movies.

Twitter has announced the launch of some new Star Wars Emojis which are being released in honor of the new movie.

In anticipation of the theatrical release of “Star Wars: The Force Awakens,” we partnered with Disney and Lucasfilm to create custom Twitter emojis, giving Twitter users the ability to show their enthusiasm for the ever-evolving Star Wars universe.

A variety of custom emojis will be released in honor of the upcoming film, including iconic legacy characters and a handful of new characters from #TheForceAwakens. The first three #StarWarsEmojis debuted today during the Star Wars Celebration in Anaheim, California.

You can find out more information about these new Star Wars Emojis over at Twitter at the link below.