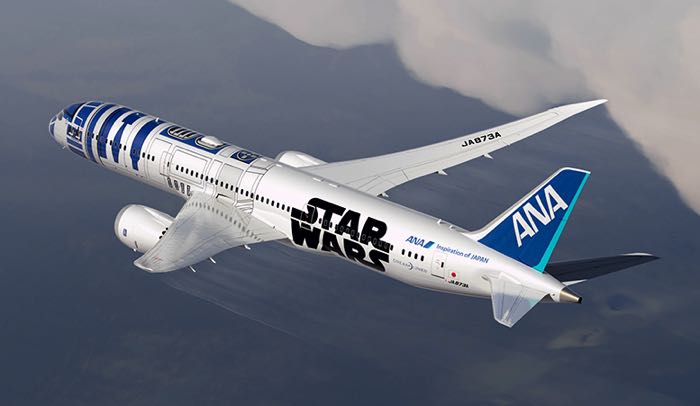 Earlier today we saw the new Star Wars The Force Awakens trailer and now we have some more Star Wars news.

Japan’s All Nippon Airways has launched a new Star Wars theme jet which features R2-D2 on the outside of the airplane. 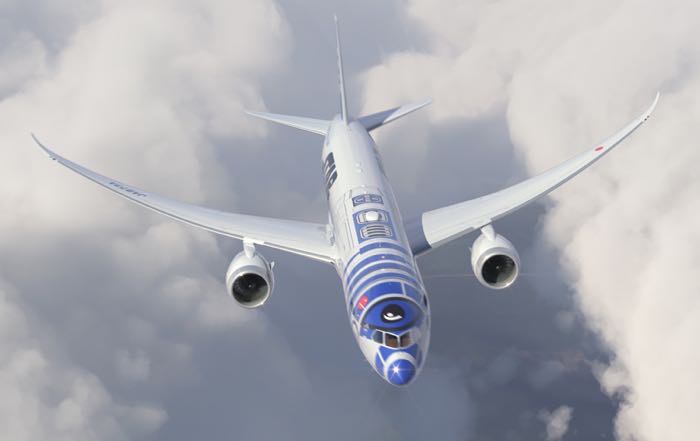 This has to be the coolest way to travel if you are a Star Wars fan, the R2-D2 themed Jet from ANA will taking to the skies this fall and it will be flying international routes.

The company has more plans for other Star Wars themed airplanes in the future, we wonder which one will be next maybe C-3PO, it certainly looks a lot more fun than a normal airplane.