Tweetbot is a fully featured Twitter client for Mac, which helps users makes the most out of Twitter, and is possibly one of the best Twitter apps for Mac.

Recently, Tweetbot for Mac received an update, bumping it to version 1.5, and introduces several new features and bug fixes for the app. 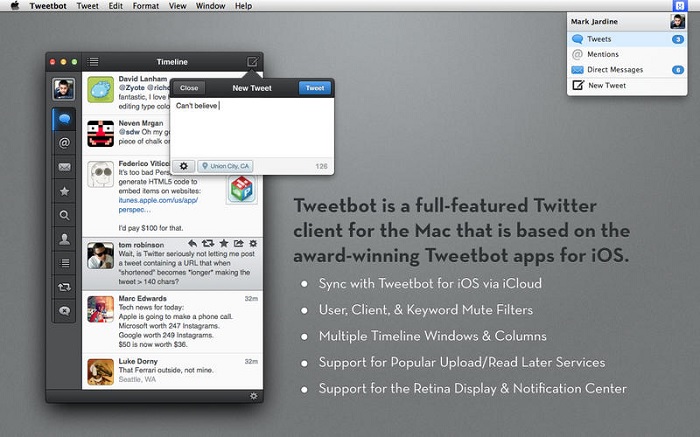 Here’s the complete list of features and bug fixes Tweetbot for Mac v1.5 comes with:

If you’re a regular Tweetbot user, head over to the Mac App Store and update the application. Alternatively, you can grab the app for $19.99 if you’re a Twitter addict in hunt for a decent app for Mac.