If you are a Tron fan these light cycle USB drives might be a good addition to your gift list this year. The white USB is designed after Kevin Flynn’s Light Cycle and is available in either a 4GB or 8GB storage capacity.

The black is also available as either in 4GB or 8GB and is designed after Sam Flynn’s light cycle from the up and coming movie that will be released on 17th December 2010. 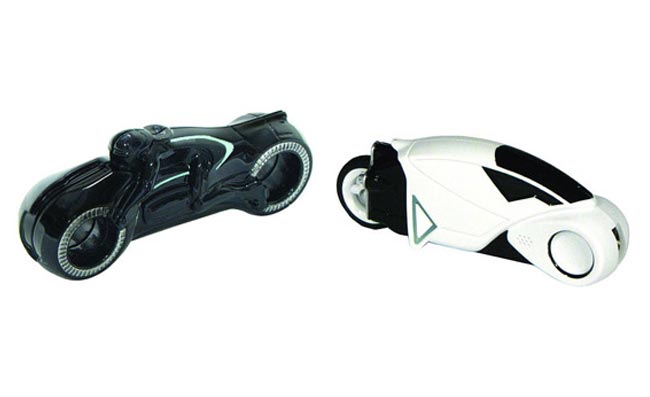 When transferring data to either of the USB drives the wheels of the bike will flash showing data transfer. The 8GB drive is available for $34.99 and the 4GB at $24.99 from the Toysrus website.

The new movie it the sequel to the first popular Tron film from 1982. The new Tron film finds Sam Flynn, the tech-savvy 27-year-old son of Kevin Flynn. Finds himself pulled into the same world of fierce programs and gladiatorial games where his father has been living for 20 years. Should be exciting especially in 3D.