A new concept watch submitted to the TokyoFlash website this week called the Trax Mark II, has a very unique way to display the time, using a belt system of tracks, inspired by military hardware.

The time on the Trax Mark II concept watch is told by either three of four tracks. With the hours positioned on the right hand side and minutes on the left hand side of the watch face, if you can call it that. 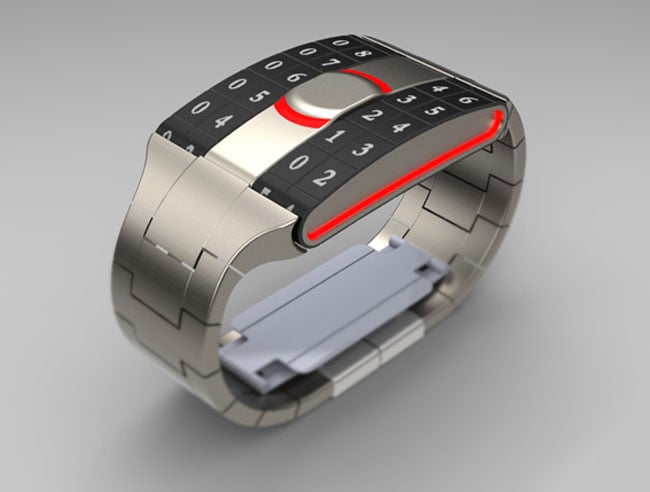 The current time is displayed in the middle of the watch face between the red horizontal brackets. The idea behind the concept is that the belts are driven by small mortised movements or a mechanical movement.

If you think the design is something you would like to wear on your wrist jump over to the TokyoFlash website and cast your vote to try and help the concept watch make the jump from idea to reality.