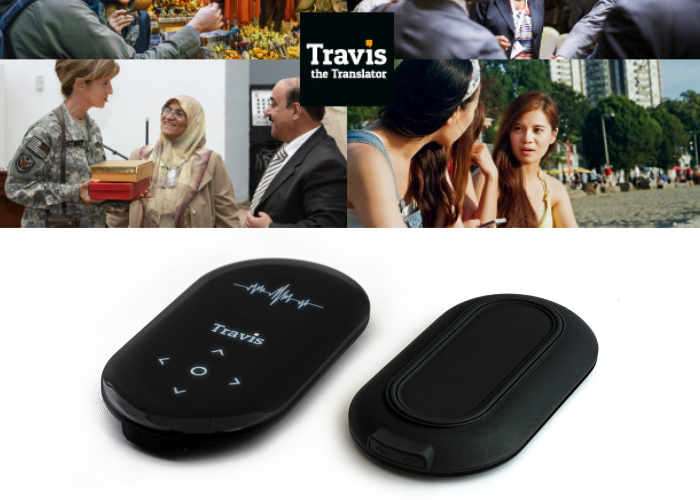 A new crowdfunding campaign has launched this week for a new real-time pocket translator which supports 80 languages and instantly lets you communicate to others, when they would normally be a language barrier.

Watch the promotional video below to learn more about the Travis pocket translator which has already raised over $550,000 via Indiegogo, thanks to over 3200 backers.

Ever wished you spoke another language? Well, you’re not alone. There are 7 billion people on this planet and over 6,500 languages, but most of us – 83 percent to be exact – speak maybe one or two. So call us crazy or naive, but here at Travis we think we can bring the world together, by making sure we can all have a chat.

We took 80 of the world’s most common languages and put them in a handy device for people to have a casual chat, order a drink, do business or maybe even fall in love. With Travis you can go global and speak local. Travis is a pocket-sized smart device that uses artificial intelligence to instantly recognize and translate speech in 80 languages, all in less than two seconds.

For more information on the new Travis pocket translator jump over to the Indiegogo website for details by following the link below.