Running out of battery at important is one problem every one of us face at one point. There are external battery packs available that can help you solve this, but they are mostly bulky and it might be a difficult task to carry an extra gadget around.

If you’re looking for something that can stick in your wallet, and come in handy when you run into battery issues, take a look at TravelCard, an external battery charger that carries a size of a credit card. 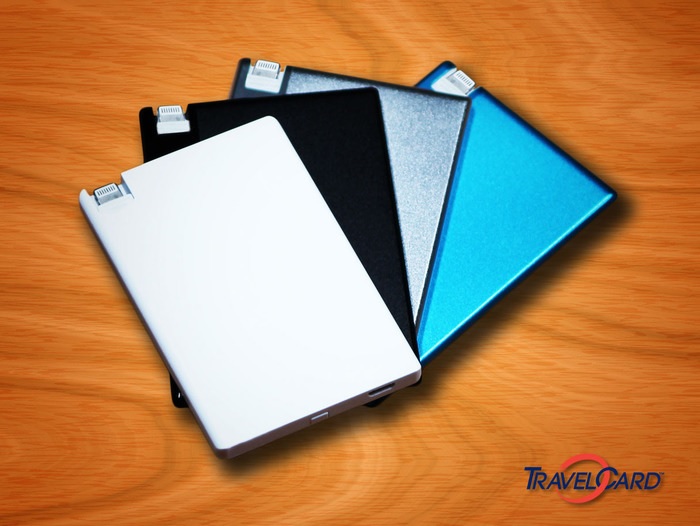 The TravelCard comes in two versions; one featuring a lightning cable for iPhone 5/5S, while other one comes with a microUSB cable that can charge almost all the Android devices out there. The charger also features four LED lights, which can be used to check the battery status of the TravelCard.

In addition, the device comes with a 1,300 mAh battery and can give you a decent battery time in case you run out. Later, the TravelCard can be charging by plugging it in on any USB port or using a wall outlet.

The TravelCard is currently seeking funds on Kickstarter, and have managed to raise over $29,000 compared to their goal of $10,500. Users can make a pledge of as low as a dollar, but to get an early bird special, you must pledge at least $30, and get the TravelCard in any of the available color options which includes white, black, silver and sapphire blue.

As far as the shipments is concerned, early backers should get their units some time in May. Take a look at the video below to see the product in action.