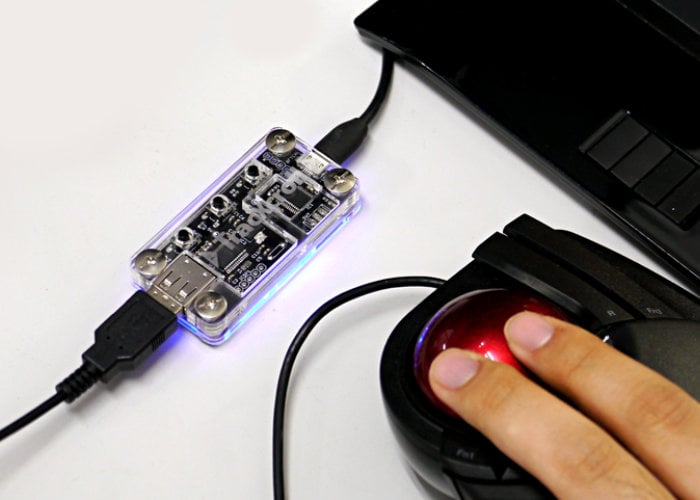 If you have an old trackball gathering dust all still use one for your everyday workflow, you may be interested in a new adapter created by Bit Trade One, which transforms a trackball into a scroller. Watch the demonstration video below to learn more about the small USB adapter capable of transforming your trackball with ease.

Launched via Kickstarter this month the TracXcroll adapter is available from £28 to early bird backers with shipping to certain countries expected to take place during April 2019. The designer of TracXcroll explains more about its features, design and inspiration.

“TracXcroll is an auxiliary device that converts the function of a commercially available trackball into creator use. In addition to replacing the ball function with vertical and horizontal scrolling and shortcut keys, you can also replace button functions with shortcut keys. Furthermore, by registering the application to be used, it also supports automatic profile switching.”

“TracXcroll hacks the function of trackball. TracXcroll works as a keyboard and mouse. You can not select applications such as illustration creation or movie editing. In Photoshop, you can utilize trackball by assigning brush size change and screen movement.”

If you think the TracXcroll is something that could enhance your workflow jump over to the official Kickstarter crowdfunding campaign page by following the link below were a full list of supported trackball devices is listed.