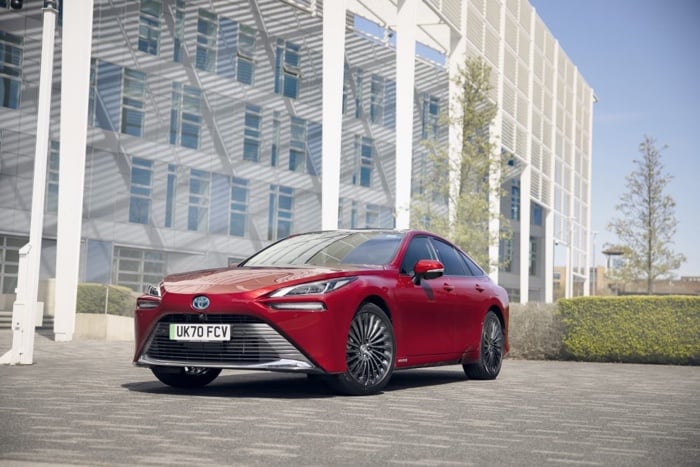 Toyota has announced that they are reducing the price of their Toyota Mirai fuel cell saloon by 24 percent and the car will not cost £49,995 on the road.

The care will also be available on business contract hire with prices starting at £435 a month excluding taxes.

Toyota has announced prices and specifications for its new zero emission Mirai fuel cell saloon, confirming a 24 per cent reduction in the on-the-road price to £49,995 for the entry-level Design variant, with business contract hire rates starting from £435 per month* (excluding VAT).

Toyota’s second generation Mirai takes hydrogen technology to a higher level, with a new fuel cell powertrain that weighs almost half that found in the original model.  The redesigned powertrain and the use of Toyota’s GA-L platform have allowed for significant improvements to aerodynamics, dynamic performance and packaging, with a lower, wider stance delivering a responsive and refined ride.  The addition of a third fuel tank results in a 30 per cent increase in range, rising from around 300 to approximately 400 miles.

You can find out more details about the Toyota Mirai over at Toyota at the link below, it will come in three models, Design, Design Plus Pack and Design Premium .