If you’ve been waiting for the day when a robot helper can tidy your house and fold towels dropped on the floor, that day has just edged a little closer.

UC Berkeley’s Pieter Abbeel has created an algorithm that allows his PR2 robot to fold towels and other rectangles. See the video after the jump to believe it. 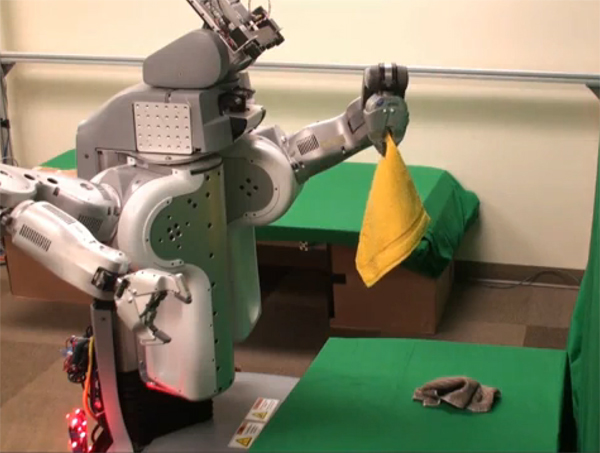 But the clever thing is, the robot is unfamiliar with all of them and can fold from piles of towels of various sizes and styles with ease.

The PR2 robot picks up each towel, inspects it, and figures out how it should be folded. The folding algorithm even closes with a pat ‘n smooth gesture.