It sounds like the Toshiba Thrive tablet needs a better alarm clock. Users are reporting on the Toshiba Forums that the Thrive is having issues waking from sleep and has to be rebooted to start. The post on the forum has pages and pages of users with the same exact issue. 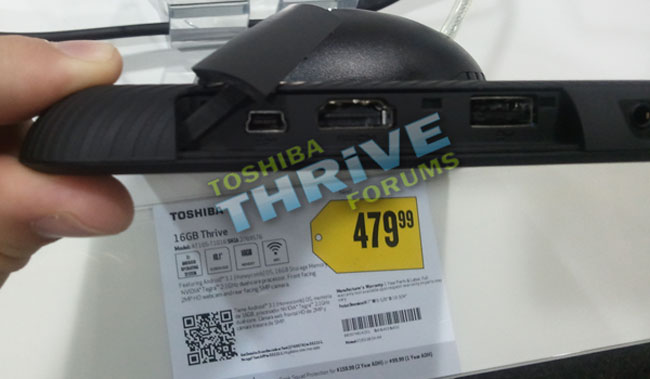 Apparently, when the tablet is put to sleep to charge and the user comes back the tablet simply doesn’t wake. There are reports of workarounds involving removing the battery, but that workaround has been proven to not work by several users.

Resetting the tablet back to stock doesn’t fix the sleep issue either. The only thing left to do is for Toshiba to collect data and work on a fix. The data collection is underway and presumably, the fix is in the works too.