Toshiba has today unveiled a new type of SD card its added to its range. Which will only allow data to be written to it once. The new Write-Once SD card allows up to 1GB of data to be stored on the card, but once data has been written to it, the SD card can not be formatted or cleared in any way. 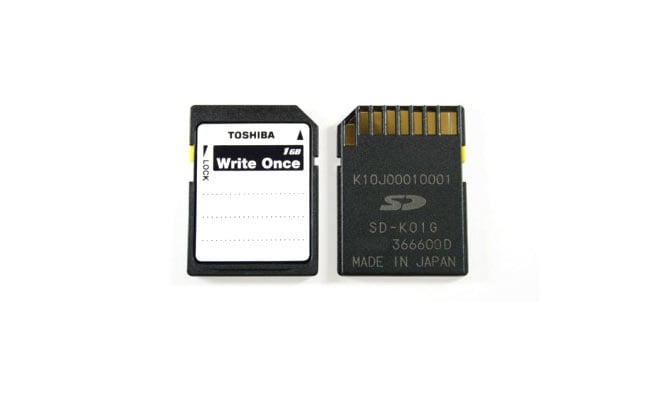 Toshiba has designed the Write-Once SD to target “governmental offices” and businesses worldwide and has already started selling the new SD card in Japan using an open price model. Unfortunately no information on public pricing or worldwide availability has been released as yet, but as soon as it becomes available we will let you know.