We have featured quite a few different watch concepts from the guys over at Tokyoflash, the last one which was designed by one if their fans has actually made it into production, so we will probably see this new concept design become a reality at some point in the future.

The latest watch concept from Tokyoflash is called the Right Angle LCD watch, and as usual with all their watches it takes a bit of brain power to work out what time the watch is displaying. 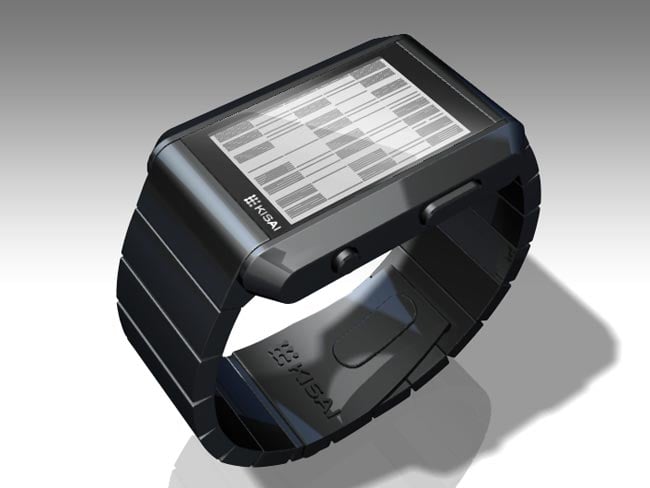 Looking at this watch design face on, you might be fooled into thinking that the LCD display is simply made up of cryptic lines and blocks. Once you’ve cracked it however, the time is as easy to read as any other digital watch. Just flick your wrist to change the angle and reading the numbers will become clear.

The time is shown digitally; Hours-Minutes-Seconds-Milliseconds, but the layout of the numbers on the display is stretched so as to distort the image. Like a secret code, only you will know how to read it. In the example below the time is 06:24:38:29.

You can find out more information about the Tokyoflash Right Angle LCD Watch over at their website.