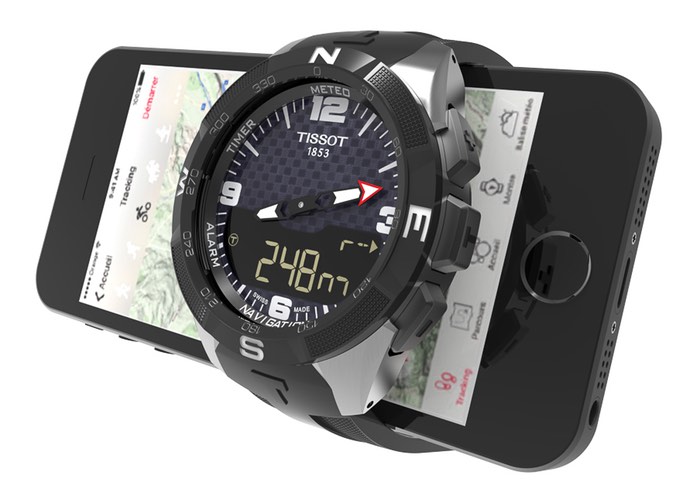 Tissot has unveiled a new smartwatch they have created called the Tissot Smart-Touch which takes the form of a risk wearable that is both a watch and a smart device combined.

Which can be combined with your smartphone as you would expect but also comes supplied with a special cheering for that delivers local weather conditions directly to the Smart-Touch’s display. 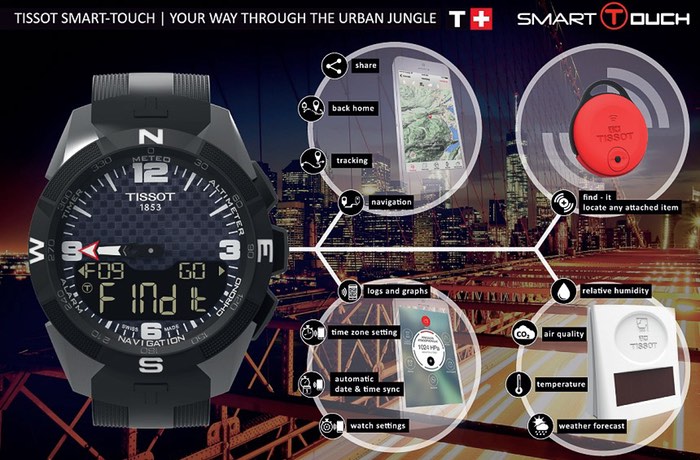 The Tissot Smart-Touch Has also been designed to function as a watch even if the phone integration is disconnected and its internal battery will last up to a year on a single charge and can be recharged using solar power. Tissot Is expected to make the new smartwatch available at a price of around $1,100 to $1,200 and Swatch is planning to sell just 20,000 to 40,000 Smart-Touch wearable in the device’s first year says the company.

Tissot has also this unveiled the Tissot T-Touch Expert SolarWhich can be seen in the video below.

The Tissot T-Touch Expert Solar NBA Special Edition is dedicated to the biggest partnership of Tissot’s history. Following the groundbreaking announcement, Tissot produced a special collection that perfectly illustrates the essence of the association. The Tissot T-Touch Expert Solar NBA Special Edition reflects the innovative technology that Tissot will be bringing to the court with its precision and innovative Timekeeping, thanks to its impressive tactile functions that offer a compass, altimeter and weather forecast amongst others, and its design that reminds us of the sporty and bold attitude the great athletes demonstrate.