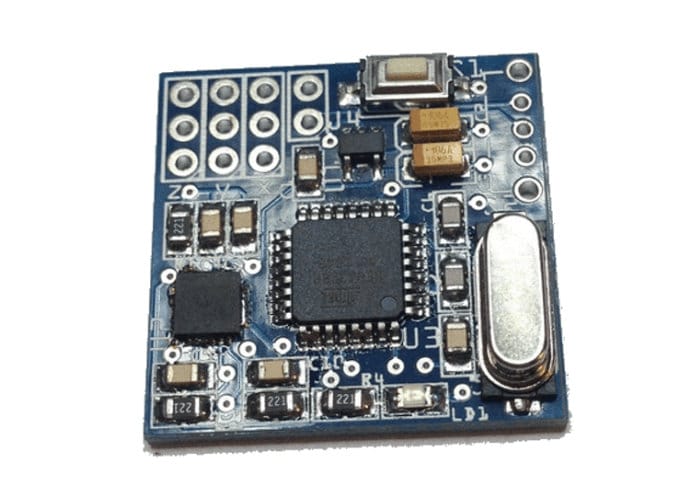 Developers, makers and hobbyists in need for a tiny gyroscope sensor, may be interested in a new development board created by engineer Martin Cote called the Gyroscope Sensor Iota V2. As the name suggests, the second-generation gyroscopic sensor has been developed using the previously successful gyroscope sensor, which was much larger in size. The tiny gyroscope sensor is perfect for head tracking, robotics and other applications and is based on the ATmega328P microcontroller, and equipped with a three axis motion sensor. The tiny Iota V2 board allows you to use one or more axes independently depending on your preferences.

Watch the demonstration video below to learn more about the features and functionality of the now much smaller Iota V2, which has already launched via Kickstarter and raised its required pledge goal with still 57 days remaining on its campaign. The new development board has been designed explicitly for DIY projects or robotic students that would like to explore electronics or add to their existing system without the need to get involved in advanced accelerometer programming.

The second generation gyroscope sensor is now much lighter and weighs only 4g and also measures just 25 x 25mm in size. The Iota V2 gyroscope sensor is available to back with pledges starting from just £13 or $18 and worldwide delivery expected to take place during April 2018. For full specifications and more details, as well as a list of all available pledges, jump over to the official campaign page by following the link below.