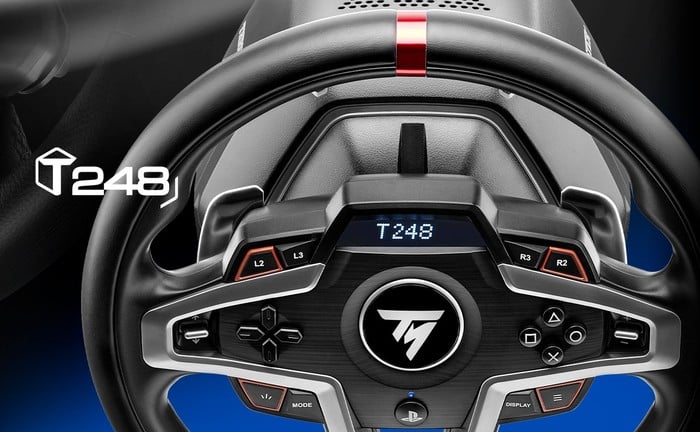 Thrustmaster has officially launched their new T248 force feedback racing wheel making it available to preorder priced at £299.99, $399.99, or €349.99 depending on your location with deliveries starting on October 21st 2021, making sure you receive your racing wheel ahead of the holiday season. The Thrustmaster T248 is officially licensed for PlayStation 5 consoles and PlayStation 4 consoles and is compatible with PC.

Other features of the Thrustmaster T248 force feedback racing wheel include a new hybrid drive system which combines both belt and gear mechanisms for unrivaled Force Feedback offering 70% more power when compared to previous versions. The racing wheel offers three Force Feedback presets that can conveniently be changed on the fly allowing you to customize the immersion of your racing to suit your track type.

“The T248 has been designed for racing gamers looking to upgrade from their gamepad and take advantage of industry leading performance and immersion, as well as those who want to take their racing game to the next level having started out with a wheel aimed at beginners. This brand-new racing wheel is officially licensed for PlayStation 5 consoles and PlayStation 4 consoles and is compatible with PC.”