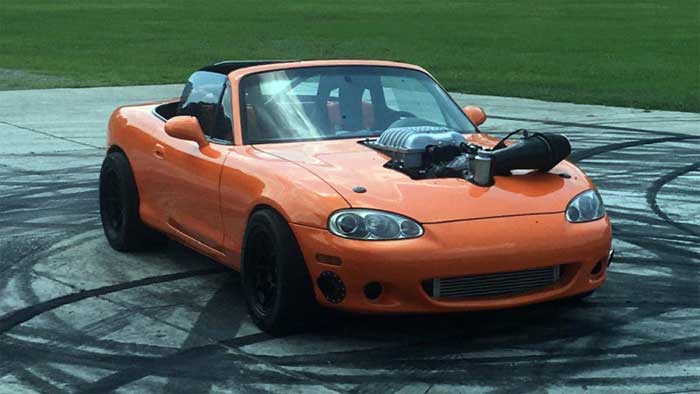 There are plenty of Mazda Miata’s of the NA and NB generations running around with a V8 under the hood. There are multiple kits to swap GM V8s and Ford V8s into the Miata.

What we haven’t seen is someone taking a supercharged Hellcat V8 and putting it into an NB Miata. We can only assume its a smoke machine and will burn the tires down. The engine fit between the shock towers but needed a giant hole in the hood to fit.

The headlights and front bumper also reportedly had to be changed on the 1999 Miata to the 2001 and later NB design. The car is going across the auction block at no reserve October 3 – 5.