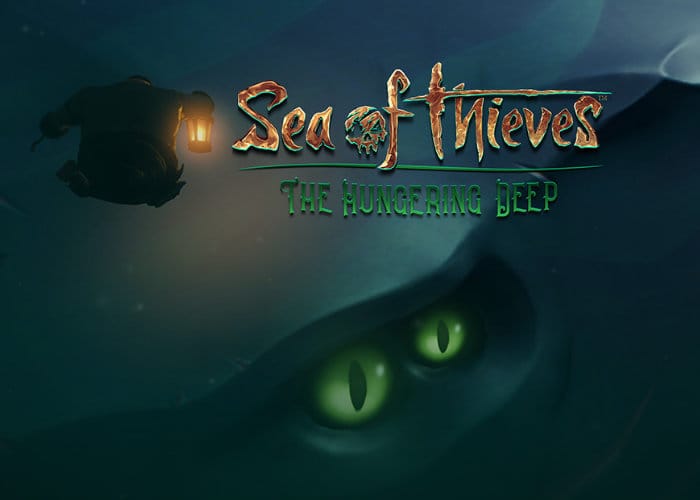 Major Nelson has released a new episode in his ongoing Xbox new series which this week features June’s Games with Gold, the first free content update for Sea of Thieves, new Backward Compatibility games and more. Check out this week’s episode embedded below to learn more about what you can expect from the latest update which is rolled out to the Sea of Thieves multiplayer adventure game which is available to play both on Xbox One and Windows 10 systems with cosplay compatibility enabling both platforms to play together harmoniously.

To learn more about specifically the Sea of Thieves Hungering Deep content watch the trailer below. The Hungering Deep is the first of Sea of Thieves’ free content update, bringing with it a range of permanent new game features and introduced by a special time-limited campaign.

“Follow the trail of riddles and rumours to piece together what happened to ‘Merry’ Merrick, the proud owner of a pair of matching peg legs. Along the way, discover new features like the drum, ship’s flags, speaking trumpet (for shouting at other pirates) and selectable tattoos and scars (for looking good while shouting at other pirates)! These items will remain in-game but the campaign is only around for a limited time, so join the hunt now to experience The Hungering Deep in full and earn exclusive rewards that only those who unravel Merrick’s tale can enjoy. Perhaps a new arrival in your nearest tavern can set you on the trail…”