No use trying to pass this off as breaking news, since it happened on Friday. Besides, everyone’s probably read or heard about the mysterious Black Friday pepper spray incident at the Porter Ranch Wal-Mart. But the incident bears repeating to illustrate what a giant pool of suck shopping has become, especially in retail outlets that are riding the holiday-buildup onslaught. 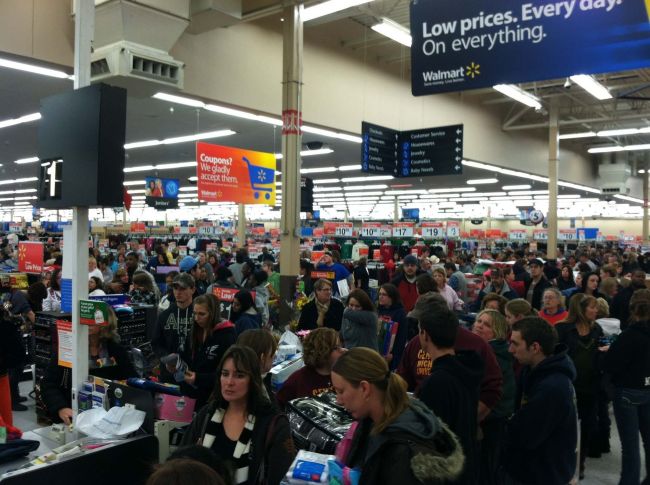 At the heart of the matter were a rack of consoles being offered at a discount. Additional information points to a yet unidentified female shopper who used pepper spray to deter her ‘competition,’ i.e. other shoppers. The coverage of the Los Angeles Times is the most insightful report on the mayhem. A part of it reads:

Alejandra Seminario, 24, said she was waiting in line to grab some toys at the store around 9:55 p.m. when people the next aisle over started shouting and ripping at the plastic wrap encasing gaming consoles, which was supposed to be opened at 10 p.m.

“People started screaming, pulling and pushing each other, and then the whole area filled up with pepper spray,” the Sylmar resident said. “I guess what triggered it was people started pulling the plastic off the pallets and then shoving and bombarding the display of games. It started with people pushing and screaming because they were getting shoved onto the boxes.”

Sometimes, it really sucks to be considered a consumer in light of these brutal incidents. Ugh! Sure, buying stuff at a local retail this time of year might be hectic, but people should just relax.