Mathieu Weschler hard at working creating his full length feature film called ‘The Trashmaster’ over the last two years using nothing else other than GTA IV.

The feature film is 88 minutes long and is thought to be the very first machinima movie made in the world of Grand Theft Auto IV. 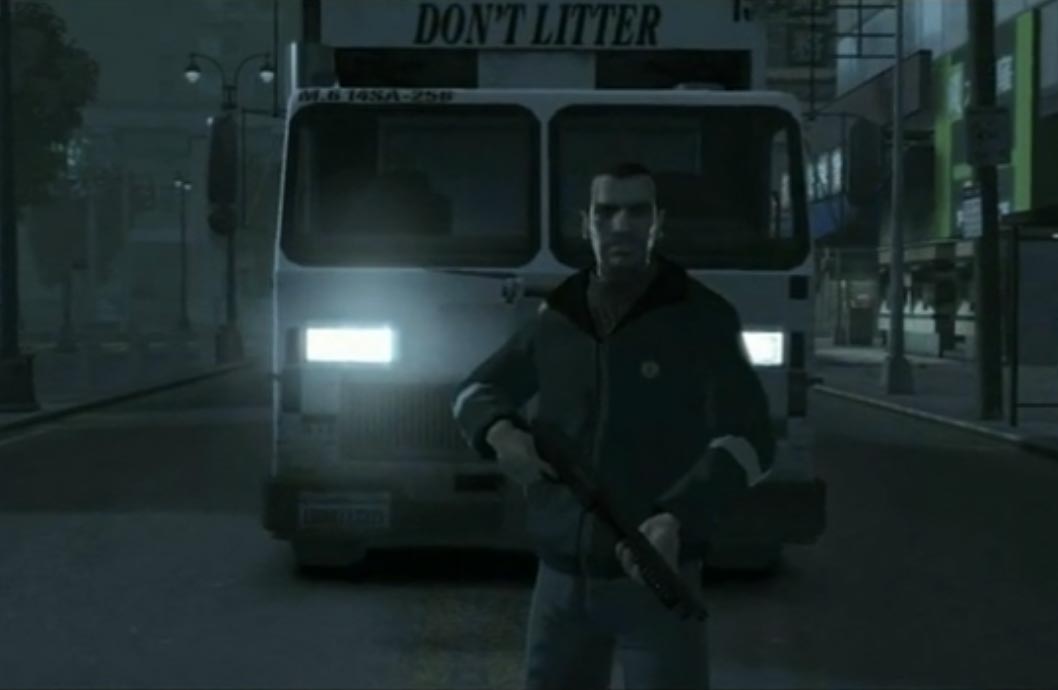 The “trashmaster” divides his time between collecting garbage and cleaning up other forms of trash fouling up New York City’s streets: dealers, small-time criminals… When the dancers in his favourite strip club are mysteriously killed, the trashmaster finds himself hot on the trail of a particularly twisted serial killer.