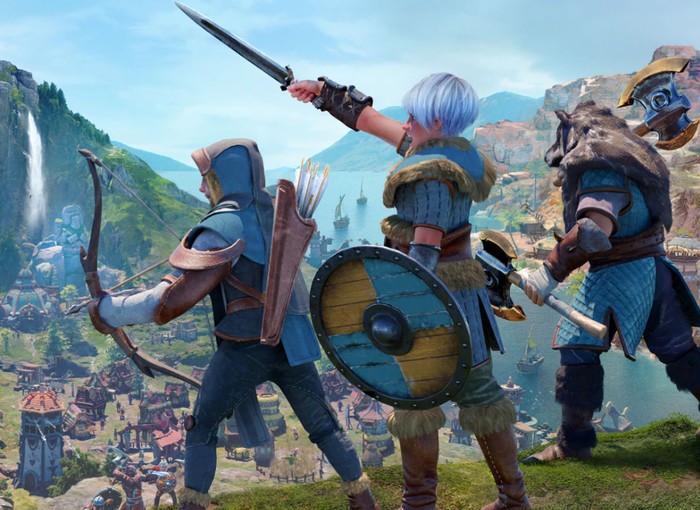 If you have ever enjoyed playing The Settlers game in the last 30 years since his original launch, you might be pleased to know that a new version of the game will be launching this year and available to play from March 17, 2022. Later this week the latest Settlers game will be entering a closed beta development stage allowing those lucky enough to be accepted to test out the games mechanics before its launch.

The new Settlers game features three distinctive playable factions in the form of the Elari, the Maru and the Jorn. Check out the announcement trailer below to learn more about what you can expect from the latest game in the series which originally launched thirst way back in June 1993. The latest game will include online multiplayer and follows on from the launch of the free to play settlers online game launched back in 2010. Let’s hope the latest game in the franchise lives up to the excellent gameplay of the originals and not the poor substitute for the original The Settlers: Kingdoms of Anteria which tried to launch back in 2014 but after the games close piece was abruptly shutdown by Ubisoft due to negative feedback the game was removed from the release schedule never to be seen again.

“True to its almost 30 years legacy, this new entry in the series combines in-depth build-up experience with real-time strategic battles. Choose among 3 unique factions and conquer this whole-new world powered by state-of-the-art graphics. Your settlement has never looked so lively. The Settlers combines a fresh take on the popular gameplay mechanics of the series with a new spin. It offers a deep infrastructure and economy gameplay, used to create and employ armies, to ultimately defeat opponents.”

“Various online multiplayer modes with up to 8 players offer thrilling skirmish battles against other players or AI for long-lasting fun. A story driven campaign will immerse the players into the world of The Settlers, while new players can learn the basic mechanics in a separate tutorial.”

“At the heart of every match is gaining resources and building up your economy to recruit new settlers and a directly controllable, winning army. Research upgrades for your army and strengthen them by recruiting support and siege units.”

If the closed beta development stage progresses smoothly The Settlers game will be officially launching in a few months time on March 17, 2022. If you are interested in registering your details to be chosen for the closed beta testing stage, jump over to the official website by following the link below.