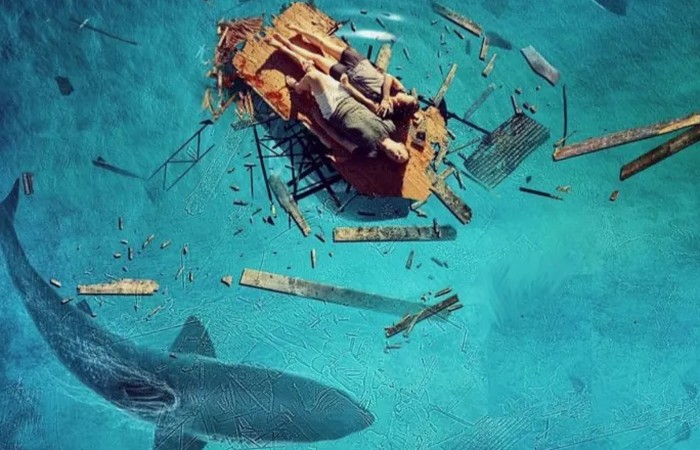 If you are a fan of Alicia Silverstone your be pleased to know she’s in a new horror-thriller movie called The Requin has been made available by Lionsgate Movies to watch via on demand services. Check out the trailer below to learn more about what you can expect from the latest movie from Lionsgate directed by Le-Van Kiet. “Stranded at sea after a massive tropical storm, a woman and her injured husband fight for survival as great white sharks circle below.”

“There’s terror in paradise when Jaelyn (Alicia Silverstone) and Kyle (James Tupper) arrive at a remote seaside villa in Vietnam for a romantic getaway. A torrential storm descends, reducing the villa to little more than a raft and sweeping the young couple out to sea. Suddenly, another danger appears: a school of great white sharks. With her injured husband watching helplessly, Jaelyn must battle the deadly predators alone in this tense thriller that rides an unrelenting wave of fear.”

“A couple on a romantic getaway find themselves stranded at sea when a tropical storm sweeps away their villa. In order to survive, they are forced to fight the elements, while great white sharks circle below, waiting to attack.”