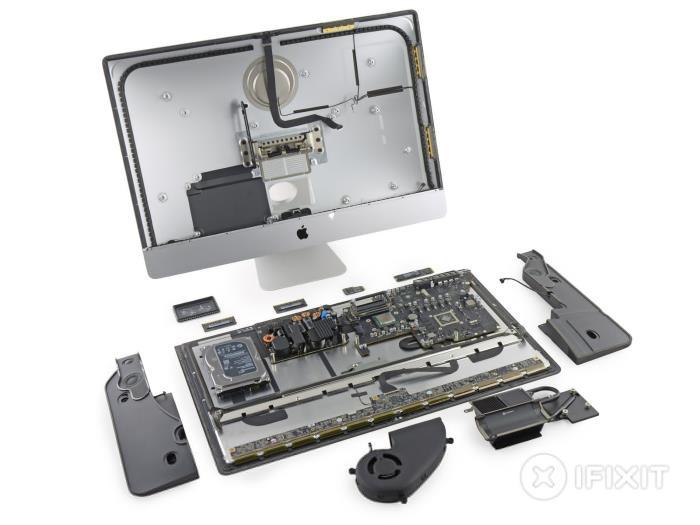 Apple unveiled the impressive 27-inch iMac with a Retina display boasting 5K resolution at their event in Cupertino earlier this week.

The folks at iFixit have already acquired the new iMac, and tore it apart to show us what lies beneath the ultra thin display of the desktop.

The latest iMac comes with a several design elements of its predecessor, offering an easy RAM upgrade slot on the back of the iMac, allowing users to replace the RAM on their device with ease.

Next up is the beautiful Retina display sporting a resolution of 5129 by 2880 pixels, manufactured by LG Display. Other than the display, iFixit found that it comes with a similar set of internals as last year’s iMac, but with one except, the Retina 5K’s display data cable is slightly wider.

The 27-inch iMac with Retina display earned a repairability score of 5, a similar figure received by last year’s iMac as well. As they mentioned, it’s fairly easy to replace the RAM, and users can still replace the HD and CPU inside the machine with some adhesive cutting. However, removing the LCD is still a difficult task as the LCD and glass are fused together.