The Music in My Pillow device is a concept designed by Lin Tzu Hsuan and Yuan Hao Hsu. The device is a cross between a stereo system and an MP3 player. It is essentially a music system that is portable. 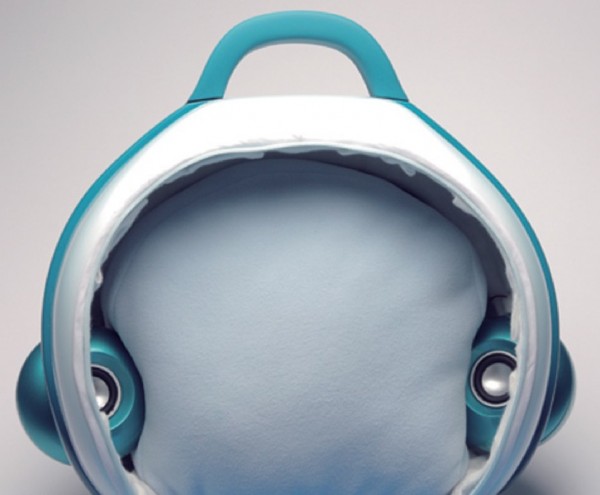 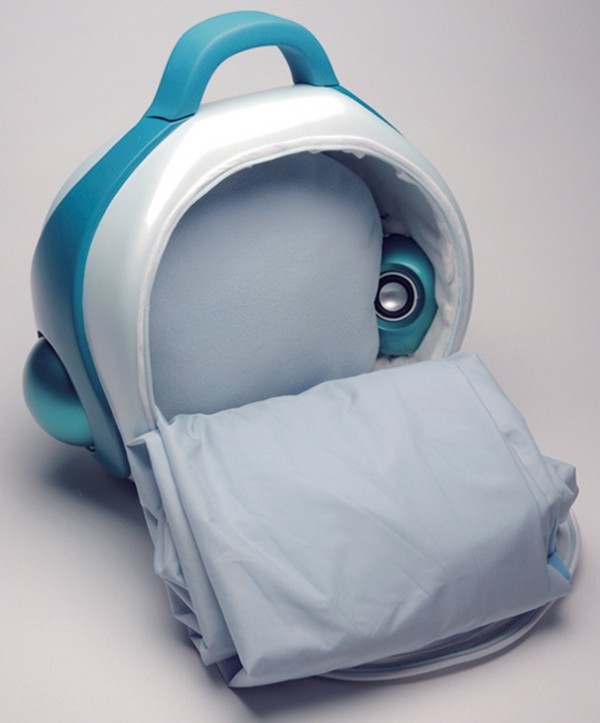 The official name for the concept is the MU SPACE. The gadget was created to be used in office environments as an alternative to Sleep pods. Sleep pods are a trendy idea for employers that recognize that the human body can greatly benefit from a nap during the day. These employers want to provide their workers with a way to catch some shuteye during the day so that they are invigorated and refreshed for the day’s work.

Investing in the MU SPACE would be considerably cheaper than the sleep pod. It also takes up less space. The device provides relaxation and stress relief for tense employees, however, the device is versatile enough to be used by anyone. It can be used both inside and outside the workplace. The gadget is also compatible with USB and memory cards.

Essentially, the MU SPACE is a soft cozy pillow that is encased inside of a helmet. There is a pair of earplugs on each side. The pillowcase helmets can zip up very easily and the helmet also has a handle for easy portability.

The only downside to the MU SPACE is that the pillow space is very small. A person is very confined in the space and it is not a good gadget for those that do a lot of twisting and turning during their naps. It’s only ideal for someone that can lay in the same position while they sleep.