This has to be one of the coolest inventions of 2010, and I definitely have to get one of these for the Geeky Gadgets office, as we will be able to have donuts all day long, the Mini Donut Factory.

The Mini Donut factory looks like one of those sandwich toasters, although it makes something much better than boring old toasted sandwiches, Donuts! 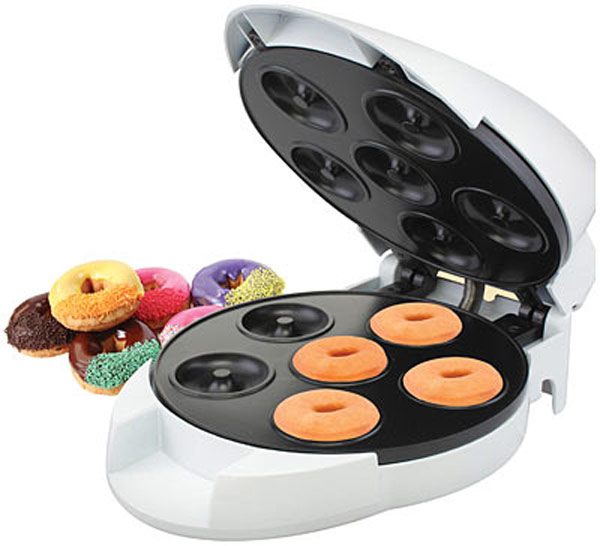 The The Mini Donut Factory will make six mini donuts at once, and it even comes with its own recipe book, although you can probably just buy some donut mix from the store.

If you want one, the Mini Donut Factory is available to pre-order for $20 from Think Geek.