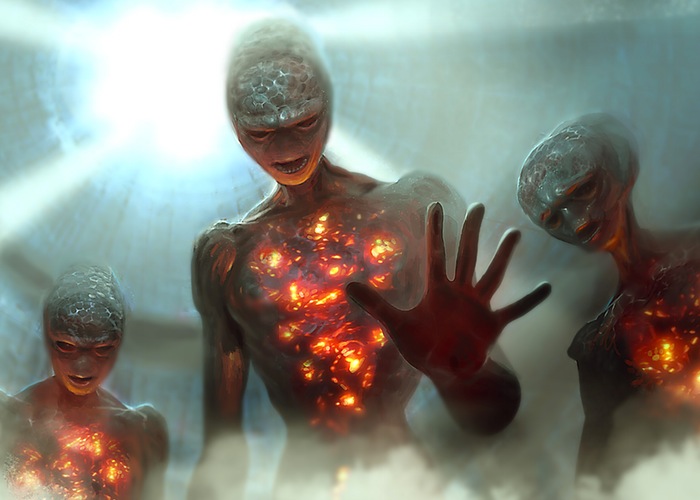 Gamers that enjoy a good fright whilst playing video gamers might be interested in a new Oculus Rift horror game called The Hum, which is currently available over on the Steam Greenlight website and is being developed for PC, Mac and Linux platforms.

The Oculus Rift Hum game is set in a world that has been devastated by a sudden alien invasion, and puts players in the role of a survivor that has been hiding in a barn since the invasion started months ago.

The Hum game has been built using the award winning Unreal Engine 4 game engine and will support the Oculus Rift virtual reality headset. Which is currently available to developers as a DK2 version and is being enhanced for a consumer launch hopefully sometime next year, or sooner.

“The origin of the mysterious sounds in the sky was finally revealed. Now, you must survive in a world no longer human. The Hum is a first person horror game when you will rethink many basic facts on your life, experience and beliefs. Something strange starts to happen. Every day, every night, you wake up with new memories, new abilities, new paranoias. You ask yourself “what is happening here?”

Gameplay includes typical stealth mechanics, inventory and first person movement, but you will be suffer constant abductions that will alter your sense of reality and will break down your deepest beliefs.”

For more information on the new The Hum horror game jump over to the Steam Greenlight website for details.