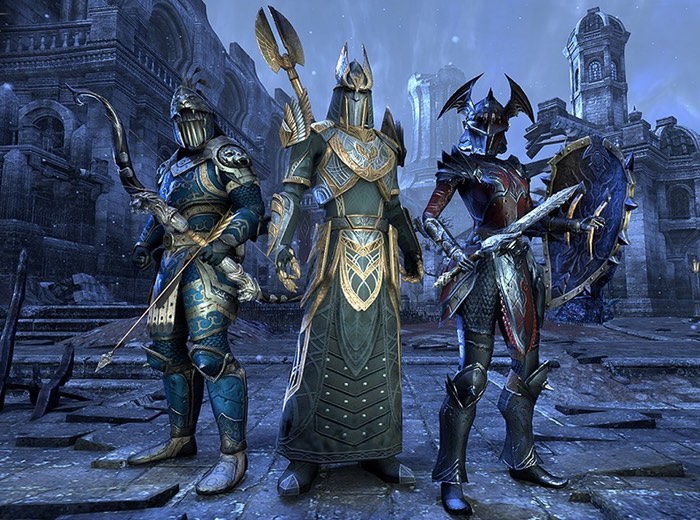 The new One Tamriel update that will be rolling out to the online multiplayer game The Elder Scrolls Online on October 18th will bring with it a wealth of new features and will be the developer’s largest free update to date.

As well as releasing the new update the will also be enjoying a new Witches Festival this month providing a number of new unique storylines and features to enjoy during the month of October. Check out the One Tamriel Update trailer below to learn more about what you can expect to enjoy this month.

Features that will be added with the release of Update 12 include :

– Craglorn Re-Design — You can now solo in this group-friendly environment.
– Dungeon updates — Normal and Veteran Modes have been added.
– Dueling — Challenge your friends or foes and test your mettle in one-on-one combat.
– New Weapon Ultimates — Master your weapon of choice and get new Ultimate abilities.
– Undaunted Pledge System Updates — New daily pledges and valuable rewards.
– Itemization updates — Items will now scale to your level everywhere in the world.

Whether you’re a veteran ESO player, or a new player in search of a deep, epic fantasy role-playing experience, One Tamriel is for you! Check out our “Introducing One Tamriel” video above and get ready to join us on October 18!

In celebration of the One Tamriel launch, we’re hosting the “Trip of a Lifetime” Giveaway — visit elderscrollsonline.com for details, and enter to win one of five incredible trips to real-world locales that inspired some of the Tamriel areas you know and love.

We’re excited to kick off Witches Festival — our first big Tamrielic holiday event in The Elder Scrolls Online — next week. Tamriel’s ancient autumn tradition, the Witches Festival, begins on October 13 and runs through November 1. As spirits stir and the undead rise from their ancestral tombs, adventurers from all over Tamriel will be tasked with activities that will reward them with gruesome goodies, terrifying treasures, and awesome achievements, including the Hollowjack crafting motif, unique Provisioning recipes, and much more!