It looks like a pen, perhaps even smells like one, but it’s not. It’s a small HDMI camcorder from Thanko who want to outdo the built-in cam on your smartphone. How is this little gadget better, you ask? 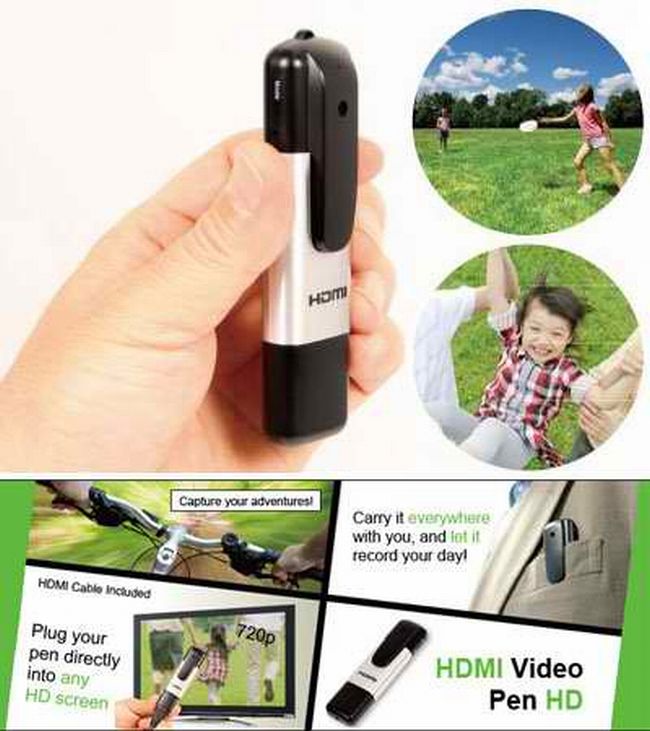 Unlike a smartphone, the HDMI Video Pen HD Camcorder (its official name) is slid into your pocket and be just fine, held fast by its cap clip. Like a lot of other camcorders, the  HDMI Video Pen HD takes pictures and 30 minutes of video, which can be saved into a MicroSDHC card that’s detachable/interchangeable. The contents can also be viewed on an HDMI compatible screen thanks to a built in HDMI port. Battery life is pretty generous at five hours given around three hours for prior USB charging time.

We believe the most susceptible market for Thanko’s latest cam are the demographic who are quick to forsake smartphones. Meaning they bring the HDMI Video Pen places where they wouldn’t bring their beloved phones. Kids would also take a shining to this especially if they’re gadget inclined. Old folks too who don’t mind keeping abreast of tech without surrendering to the smartphone urge and its attendant multi-functionality.

One of these babies will set you back $120 and can be ordered here. The memory card isn’t part of the package though. Ho-hum.