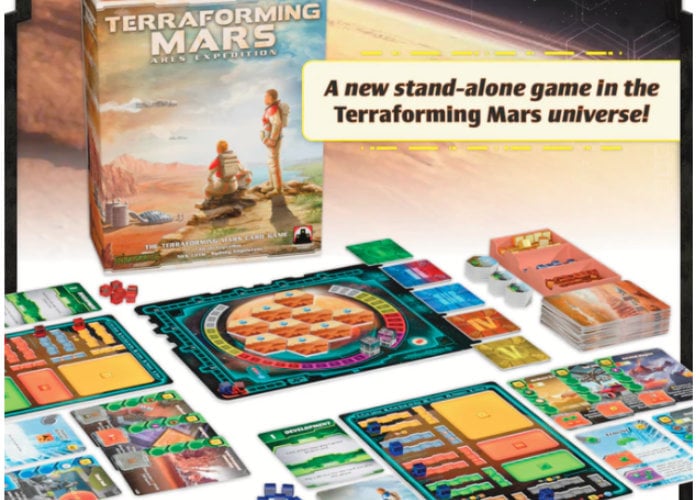 Appropriately launched during the same month as the NASA Perseverance Mars rover successfully landed on the surface of Mars, the Ares Expedition, Mars terraforming card game has launched via Kickstarter and already raised over $450,000 thanks to over 8000 backers still 14 days remaining.

Specially priced early bird pledges are now available for the innovative project from roughly $39 or £28 (depending on current exchange rates). If the Ares Expedition campaign successfully raises its required pledge goal and production progresses smoothly, worldwide shipping is expected to take place sometime around September 2021. To learn more about the Ares Expedition card game project checkout the promotional video below.

“Stronghold Games is a premier board and card game publisher in the hobby game industry. We are best known for our smash hit and #4 game of all time on BGG “Terraforming Mars”, our best-selling “Survive: Escape From Atlantis!”, our hit line “Space Cadets”, the second generation deck-building game “Core Words”, and our co-publishing games with great European partners, such as 2F-Spiele, Spielworxx, Artipia Games, Lautapelit.fi, Huch!, and many others.”

For a complete list of all available project pledges, stretch goals, extra media and technical specifications for the card game, jump over to the official Ares Expedition crowd funding campaign page by clicking the link below.