Apparently some anonymous dude was man enough to post a few interesting Ohayocon pics on Flickr. (Quite the fascinating gallery of surprises it is.) Considering the amount of awesome involved, it comes as no surprise the pic below has spread across many a blog, eliciting much favor and praise. 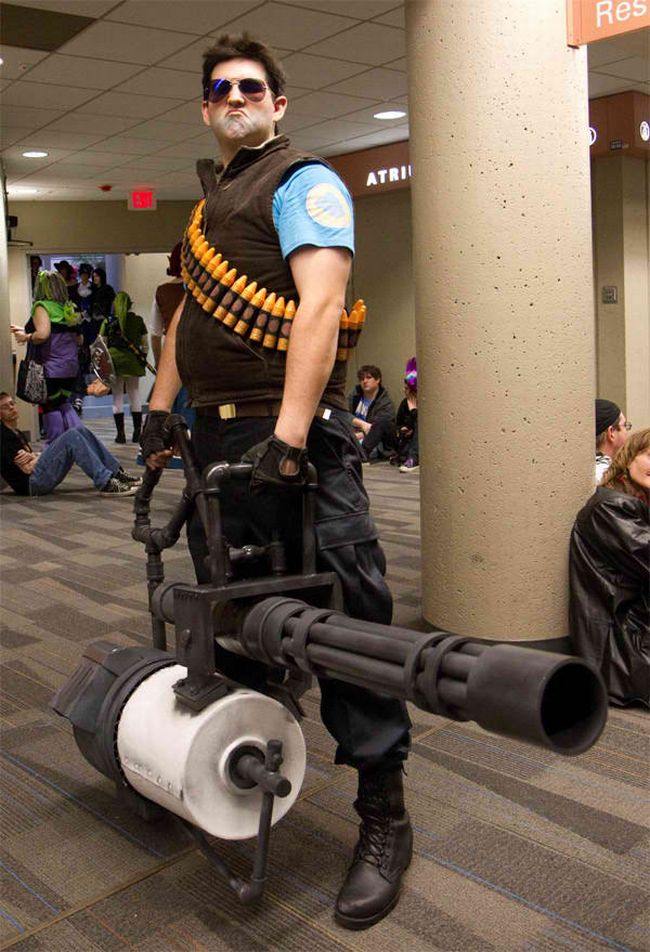 Even though the ammo across his chest look like fat crayons and the protruding tummy bulge is kinda distracting, Mr. Blue Heavy here deserves props for his dedication. Juts look at that minigun! Fine craftsmanship, indeed.

It’s a good thing the prop weapon didn’t have any features that would exclude it from Ohayocon, which has a rather detailed Weapons and Costume Policy. Here’s a good chunk of it lifted from the official site.

-Any Weapons prohibited under Ohio law. All federal, state, and city statues are in full effect in the convention area and hotel.

-Real firearms- working, disabled, or otherwise (e.g. rifles, shotguns, hand guns, BB guns, etc.) and ammunition of any and all sorts. All gun replicas must have a visible orange cap at the nozzle per law.”

It would be cool to have Mr. Blue Heavy in a room with those DIY Spartans from a few months back, pew-pew-pewing each other to oblivion. Throw in a sentry guns and you’ve got one heck of a party.

Wait a minute. Look far behind Mr. Blue Heavy and observe the elf near the exit sign: Is that Link from Zelda?