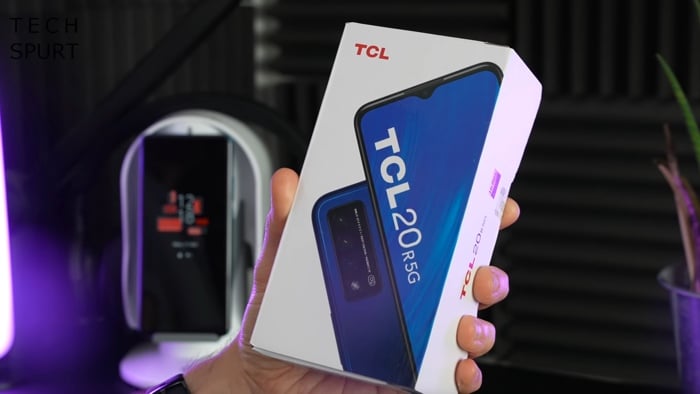 Last month we heard that the TCL 20 R smartphone was launching in UK and now we get to find out more details about the device in an unboxing video.

The video below from Tech Spurt gives us a look at the new TCL 20 R smartphone and its range of features.

As a reminder the device is powered by a MediaTek Dimensity 700 processor and it features 4GB of RAM and a choice of 64GB or 128GB of included storage, it also comes with a microSD card slot if you need some extra storage.

The handset features a 6.52 inch IPS LCD display with a HD+ resolution of 1600 x 720 pixels and it comes with a range of cameras. There is a single camera on the front for Selfies and on the back there are three cameras.

The three rear cameras include a 13 megapixel main camera, plus a 2 megapixel macro and a 2 megapixel depth camera. On the front of the handset there is an 8 megapixel camera which is designed for taking Selfies and making video calls.

The TCL 20 R 5G will be available in the UK later this month and it will retail for £179, which is a good price for a 5G smartphone.