Awkward! To think just yesterday, the most thrilling chapter of the Samsung-Apple wars was featured here at Geeky Gadgets. It has now come to the attention of several news outlets that despite the bad blood, Samsung doesn’t mind a colorful backdrop that features the logo of Apple’s app store and other iOS icons. Seen below is the incriminating evidence with red circles pointing out the icon faux pas. 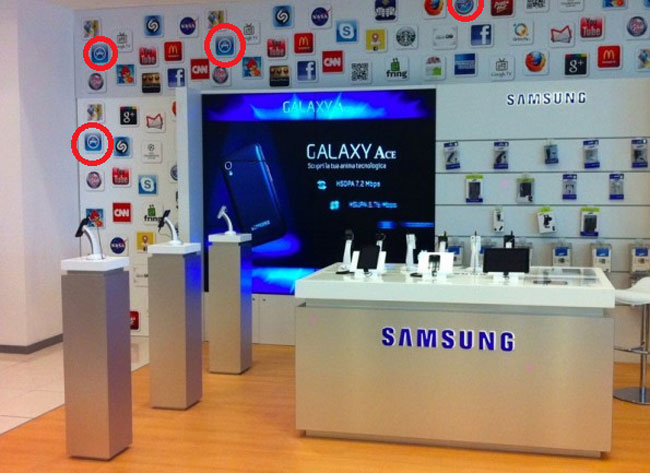 This in-store gaff was spotted at a Samsung establishment in Italy. Though a lot of other popular corporate logos are present on the same background, what makes the Apple inclusion against a Samsung booth displaying its hotly contested products more controversial are the two companies’ epic legal feuds.

At this moment, not only are lawyers from both camps battling injunctions, but lucrative patents are also being fought over.

It’s actually not known if the people who set up this Samsung in-store display were aware of the backdrop, a point that’s been raised quite a number of times. Oh well, at the end of the day this could all be much ado about nothing.