Pretty obvious, since a patrol car is impossible, a Segway too clumsy and doing it on foot is tiring. If you’re thinking somewhere along the lines of that Segway Tank as an alternative, it’s a no-no because the treads will damage the flooring. 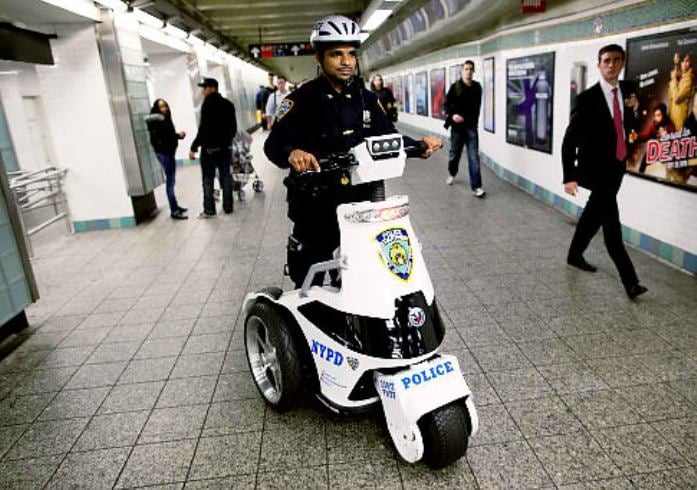 After repeated frustrations with the Segway—an unsuccessful 2003 program ended up with a recall—the NYPD has finally invested in four three-wheeled T3 scooters for exclusive subway use. The stand up vehicles are expected to economize the patrolling of subway stations by increasing visibility—cops stand a foot taller than commuters, allowing them a better view of what’s happening.

The T3 also makes patrolling much faster though in a confined space like the NY subway it isn’t expected to run at its top speed of 25 mph. Ever. The NYPD Subway Bureau is actually catching up to a growing trend in law enforcement across the world as three-wheeled stand up scooters are already visible in several countries and various local police departments across the U.S.

A certified good move when it comes to efficiency and increasing your average cop’s mobility, we’re sure thieves of all strieps now have a serious adversary to contend with. Despite this, many average citizens still an’t digest the sight of a three-wheel bound policeman without taking pics with their camera phones and snickering.