If you missed the Judge Dredd homage at the title, stick around for further explanation. Anyway, seen below is a supposed non-lethal response vehicle, which you can call the NLRV for short. It’s the latest from T3 Motion, a company that does robust business with its law enforcement-centric tricycles and mobile platforms. What sets the NLRV apart are its armaments (non-lethal of course). Apparently it carries twin automated guns that fire pellets. Since the world is in the cusp of an anarchic revolution, maybe this could not have come sooner. 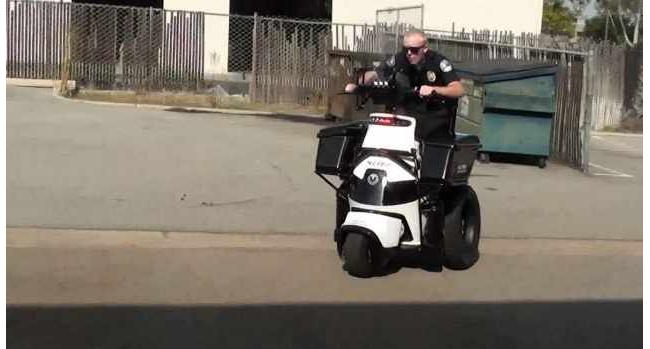 Now, the Lawmaster. For fans of British comics it’s really obvious: Judge Dredd rides around Mega City One in a tricked out bike called the Lawmaster, doing away with bad guys using his Lawgiver pistol. The real world comparisons couldn’t be more timely though.
Law enforcement is changing and police forces around the world are better equipped for volatile urban environments. Judging (no pun intended) by the recent disturbances in London, however, when the people rise up, sometimes it takes more than truncheons and sheer grit to take back the streets.
Moving on. Since protests are becoming common, nay are indeed common, it might be a good idea to have a few of these mechanized chariots around to disperse the troublemakers. At least from the the police’s point of view. The best part about the electric-powered NLRV is it carries lots of ammo, somewhere in the neigborhood of 10,000 rounds. Non-lethal, of course, lest we forget.
Great, a video!
Source Gizmag