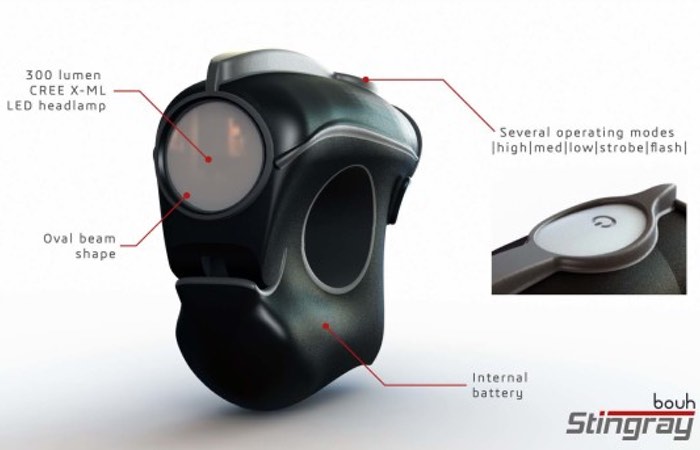 Cyclists that find themselves navigating the streets and roads at night, that also need to leave their bicycle unattended at times, may be interested in a new hybrid bicycle lighting system and alarm called the Stingray.

Designed by Obaidah Sheikh based in Manchester in the UK, the Stingray is equipped with a loud 140dB siren and has this week launched via the Indiegogo crowdfunding website to raise the £50,000 it requires to go into production.

Watch the video below to learn more about the Stingray hybrid bicycle alarm and light. It’s developer explains a little more about the devices inspiration and design.

After having my bicycle stolen three times I decided it was time for better bicycle security. No doubt locks did their part, but using more locks doesn’t mean you’re being smart about security (…not to mention the weight!). Apps and GPS systems allowed you to track and monitor your bicycle… but how does that prevent it being stolen in the first place?

I didn’t think existing alarm systems were up to the job either due to the poor design and effort required to maintain them. I set out to create a simple way of adding that extra layer of security – something that would work as a real deterrent to keep thieves away. My solution: Stingray, a bicycle light combined with a motion based alarm system. Stingray is designed from the core to achieve two functions and do them both impeccably well: lighting and security. In conjunction with a lock Stingray offers a cost-effective, better security solution.

Stingray is a bicycle light-alarm hybrid that gives you the security of an alarm system with the ease of maintaining a bicycle light. Stingray is designed to address two functions every cyclist needs: lighting and security – and do them both incredibly well. Featuring a powerful CREE X-ML LED, indestructible design and easy control via its custom made FOB; Stingray is the simple, cost-effective way to deter a thief from ever stealing your bicycle.

For more information on the new Stingray jump over to the Indiegogo website for details by following the link below.