Starbucks has updated their iOS app to support Apple’s new Passbook app on iOS, and now you will be able to use Apple’s Passbook to make payments in Starbucks stores.

Starbucks has been accepting payments in its stores with its own iOS app for a while now, but the addition of Passbook now adds in some new features, which include Passbook’s geolocation features. 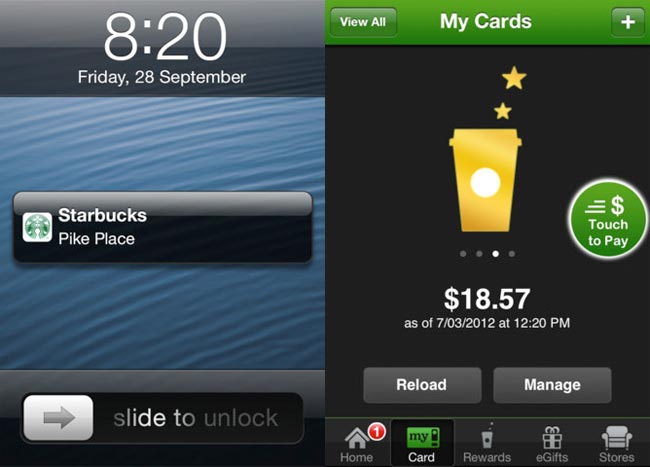 This will allow you to select up to 10 stores and then when you arrive at one of the stores the payment option will appear on your devices lock screen, making it easier to use.

You can download the latest version of the Starbucks iOS app from iTunes, the app is available as a free download although you will need to set up a Starbucks account to use it.