We love anything to do with Star Wars here at Geeky Gadgets, and what could be cooler than having a mailbox designed to look an X-Wing fighter. Graig Smith created this cool mailbox about five years ago,and it measures five feet long an has a five foot wingspan. 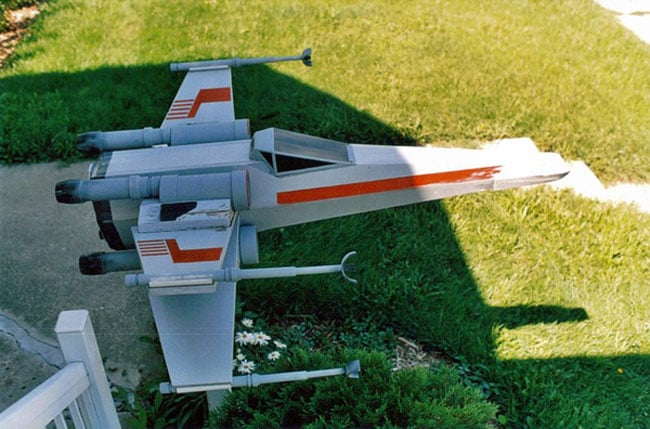 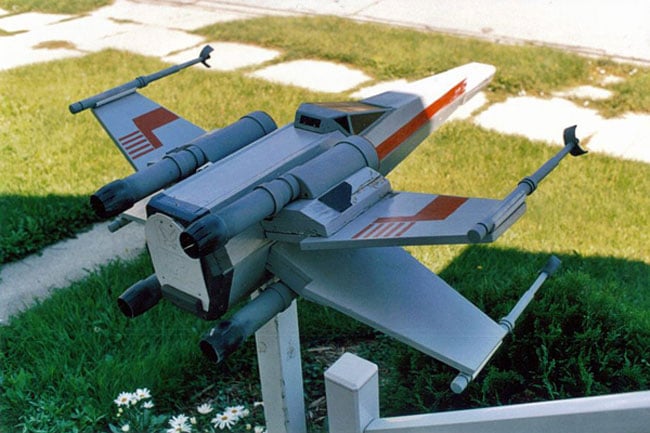 I made this so long ago, it is actually in need of weathering repairs and repainting. I never expected it to survive vandalism or theft for half a decade. But at five feet long and a five foot wingspan, theft would be quite difficult. Everybody from letter carriers to pizza delivery go out of their way to say how much they like it. There is a street about 10 miles away where older guys have a mailbox rivalry with custom car, firetruck and airplane mailboxes, I should mail them a photo.

Some of our reader may have seen this before, but I thought I would feature it for the ones that hadn’t, which includes myself.

Make via The Awesomer