Mosaics rank among the oldest forms of ornamentation around. So much of classical civilization would be lost to us if not for Roman and Byzantine depictions of various scenes found among ruins. A lot of these were done in bath houses and other similar abodes in personal dwellings. Anyway, this post isn’t about bygone ages. Instead, focus one moment on the pic below. That’s C3PO, R2, and the Wookie. On a bathroom wall to accompany the person taking a shower. 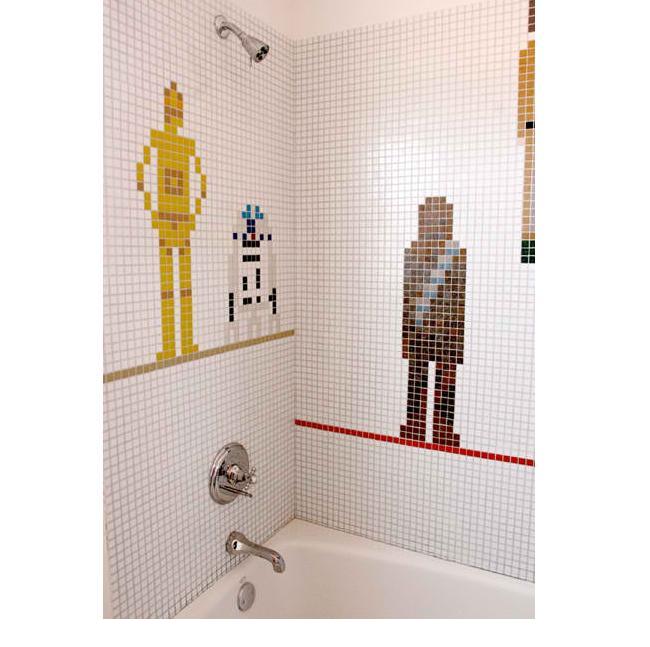 To be honest, it’s not the hottest Star Wars themed mosaic around, bit it suffices for a kid’s bathroom.

There’s actually more and if only the artist/designer who made it were more ambitious, might as well add an exploding Death Star somewhere on the bathroom walls.