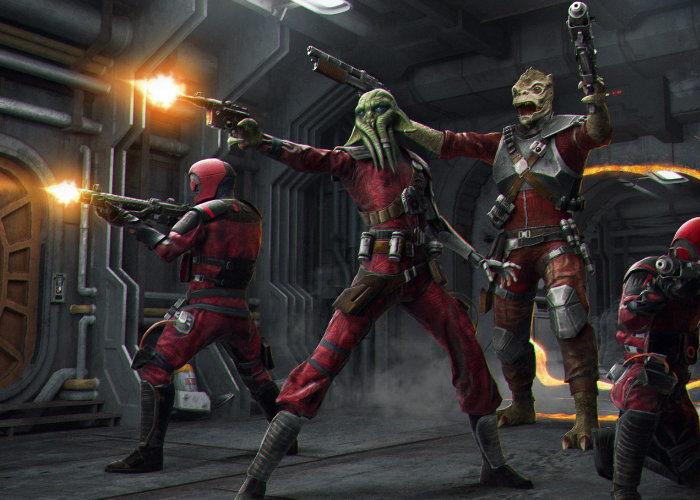 Lucasfilm’s Immersive Entertainment studio, ILMxLAB has this week teased more information about the Star Wars: Tales from the Galaxy’s Edge, an action-adventure VR experience being created in collaboration with Oculus Studios.

This week via Twitter ILMxLAB has announce more details will be made available tomorrow for Star Wars Galaxy’s Edge, offering a new glimpse at what you can expect from the game. Check out the previously released reveal video released back in July 2020.

“Your in-experience character is a droid repair technician. Following a crash landing on Batuu as a result of a pirate attack, you’ll quickly be swept up into a grand adventure on the outskirts of Black Spire Outpost. Chatting with Seezelslak in his cantina, you’ll find yourself transported to other locations and times in the Star Wars galaxy, spurred on by his larger-than-life tales.

You can converse with Seezelslak (Bobby Moynihan) in his cantina and be transported to other places and times in the Star Wars galaxy through his legendary tales. Or, you can receive important missions to complete in the wilds of Batuu, encountering new and iconic characters along the way, like the pirate Tara Rashin (Debra Wilson).”

Tune in to #FBConnect on September 16 for a new glimpse at #StarWarsTales from the Galaxy’s Edge. pic.twitter.com/k1P39jAww0