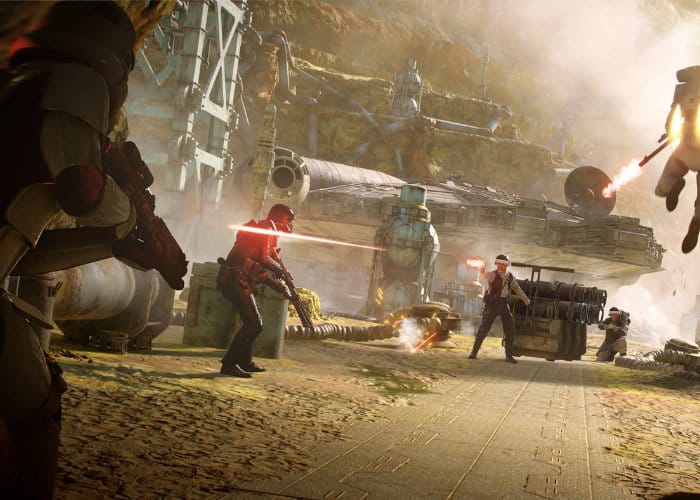 To coincide with the recent premiere of the new Han Solo movie, currently showing in theatres worldwide and aptly named Solo A Star Wars Story movie. EA has announced new content which will be available to play in Battlefront II from June 12th, 2018 onwards. Check out the trailer below to learn more about what you can expect from the storyline and new content, weapons, ships and gear inspired by the Solo A Star Wars Story movie.

Previously EA released content took players back to Jabba’s Palace on Tatooine, and introduced new ways to play the game, explored the iconic friendships and rivalries of Han Solo and the Millennium Falcon crew. The new content pushes the Han storyline even further.

“Completing the infamous Kessel Run in 12 parsecs is no small feat for a smuggler, and now you’ll get to visit the notorious planet yourself. It’s not for the faint-hearted though – conditions are harsh, and the Galactic Empire is heavily invested in the local supply of the highly sought after coaxium. Bring your blaster and delve into the mines in a variety of game modes – a hectic round of Blast, the tactical Hero Showdown, Heroes vs Villains, or this season’s fresh Extraction mode – as this location debuts in Star Wars Battlefront II.”

For more information in a full list of everything that you can expect from the new Han Solo content that will be arriving in Battlefront II in just under a week’s time jump over to the official EA Battlefront website by following the link below.