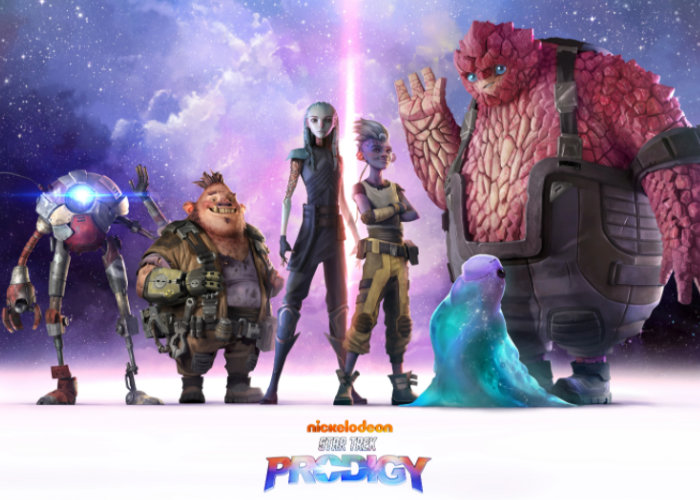 Paramount Pictures has this week confirmed that the new and highly anticipated animated series Star Trek: Prodigy will be premiering first on the companies Paramount+ streaming service. Paramount will be making available every episode of every series in the Star Trek universe available on its Paramount+ TV service early next month from March 4th 2021.

A first-look image of the Star Trek: Prodigy bridge crew was also released today (pictured above).In Prodigy, six young outcasts know nothing about the ship they have commandeered ( first in the history of the Star Trek franchise) but over the course of their adventures together, they will each be introduced to Starfleet and the ideals it represents. Kate Mulgrew was previously announced as reprising the iconic role of Captain Kathryn Janeway to lead this brand new Prodigy bridge crew.

“Star Trek has inspired a new brighter future of adventure, exploration and acceptance. Within the last 3 years that future has expanded with Paramount+ originals and continues with two new adventures, Star Trek: Strange New Worlds and Star Trek: Prodigy.”