If you are a Star Trek fan an own an iPad you might be pleased to know that a new iPad App has been released this week, the Official Star Trek PADD (Personal Access Display Device). The iPad application provides users with an interactive database of Star Trek information and photos using an authentic reproduction of the LCARS style interface, first introduced in the The Next Generation series of Star Trek. 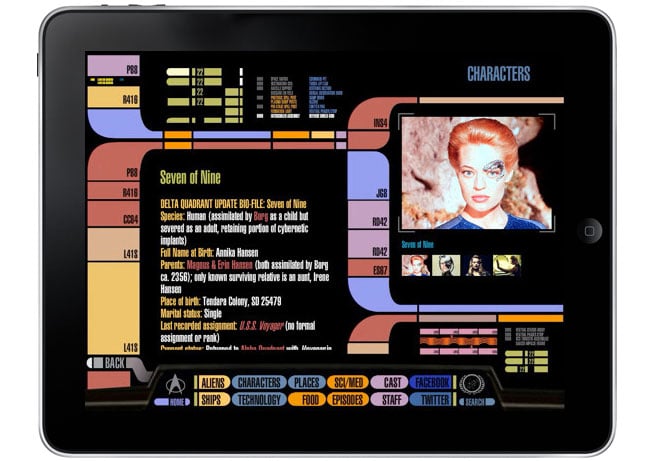 “The PADD provides access to the official Star Trek database from StarTrek.com of aliens, ships, places, technologies, and episode guide. The app includes a true reproduction of LCARS, the computer interface commonly used in Starfleet and the United Federation of Planets during the 24th century, and includes familiar computer sound effects and voice, making it enjoyable to everyone.”

More content is being will be added to the application over time says CBS, who shut down a number of unofficial applications that have also tried to re-created the LCARS user interface on the iPad.

The new Star Trek PADD iPad App is now available to download from the Apple App Store for $4.99.