A trailer for the new Star Trek game currently under development by game studio Digital Extremes, that will be published by Paramount Pictures and Namco Bandai, has been unveiled this week.

The new Star Trek game will be arriving sometime in 2013 on Xbox 360, PS3 and PC, and will reflect the new movie currently being filmed by director J.J. Abrams Star Trek II. That will arrive in theaters on May 17th, 2013, in glorious 3D. 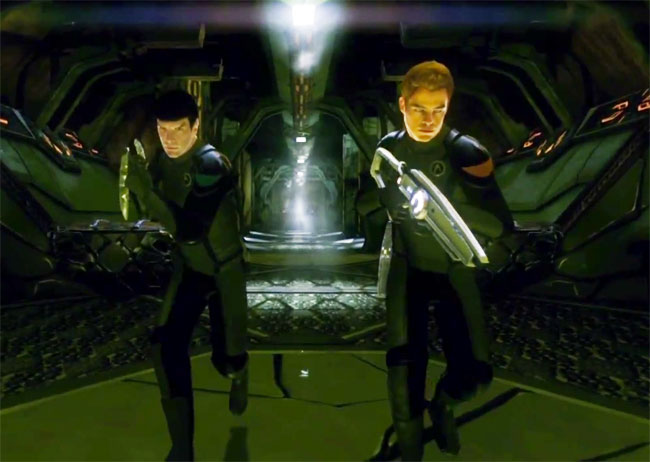 The game was unveiled last week at its Global Gamers Day and was shown running on NVIDIA 3D Vision technology, the live game demo featured cooperative gameplay featuring Spock and Kirk on two giant screens in front of 200 members of the press wearing 3D glasses.